The upmarket Handbridge is located just across the River Dee, an unassuming border that separates the quieter suburb from the bustling city centre. Still close enough, however, for the reverberations of its vibrancy to reach the quirky suburban roads.

Located on the banks of the River Dee, Handbridge offers the best of both worlds being just a quick walk from the city centre but offering an abundance of green space. With the University of Chester having a campus based in Queen’s Park and a small number of schools, the area is a real mix of residents from students, families and city professionals, each taking advantage of its perfectly commutable location.
Properties near Handbridge 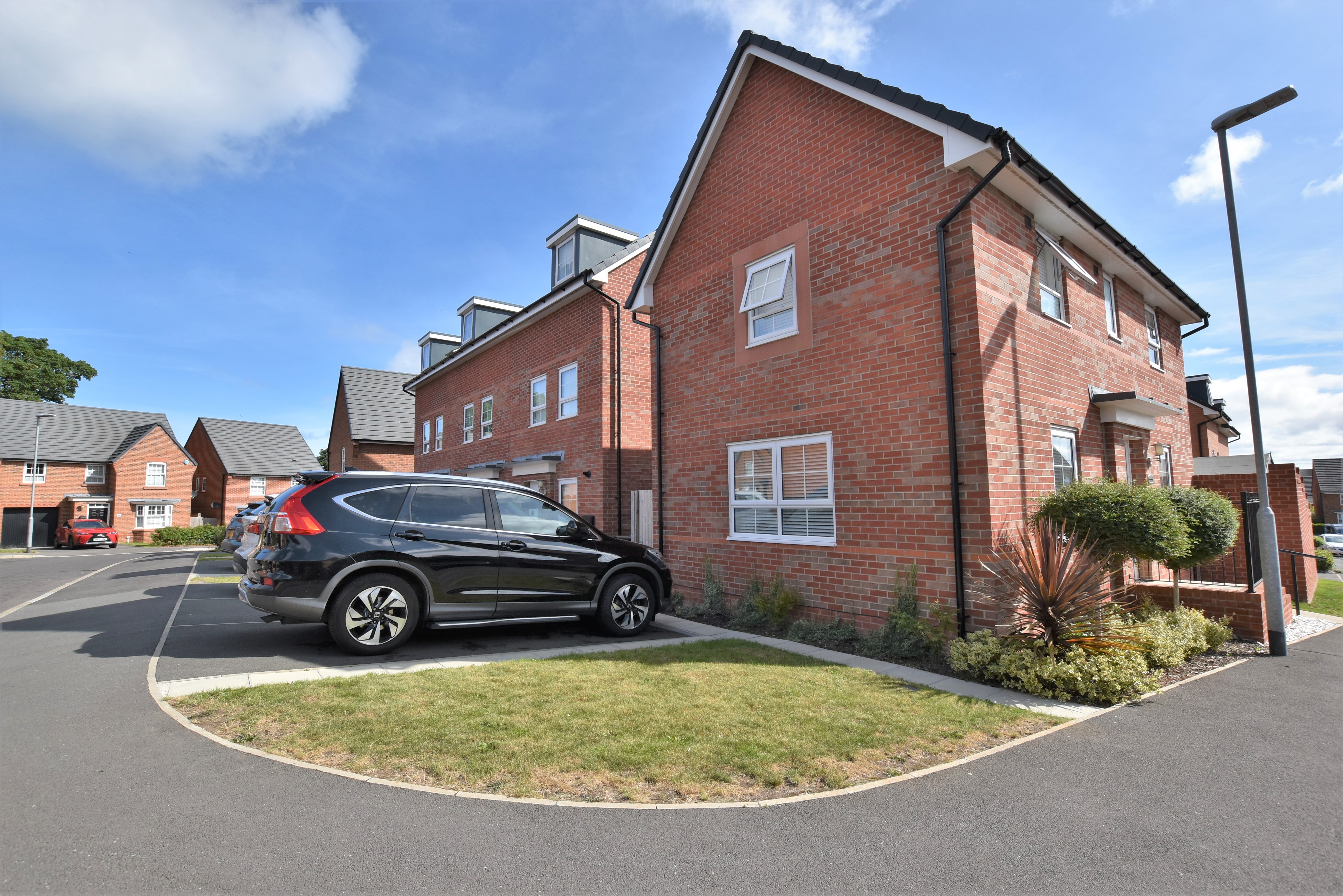 1 When visiting Chester for a performance, John Lennon was so intrigued by an old Handbridge cottage called ‘Nowhere’ that he wrote the song ‘Nowhere Man’ after it. 2 Edgar’s Field is home to a grade-ll listed building called ‘The Minerva Shrine’, built by the Romans to pay homage to the goddess herself. The carving of the goddess can still be seen today. 3 In Welsh, the town is known as ‘Treboeth’, which translates into the language as ‘burnt town’. This is thought to come from the many invasions the town has seen from Roman times and throughout Medieval times. 4 The St. Mary Without-the-Walls church in Handbridge was built in 1887 for the 1st Duke of Westminster, Hugh Lupus Grosvenor. 5 Located just outside of the Roman Walls, Handbridge was first used as a Quarry by the Romans. As the Roman goddess of wisdom and strategic warfare, quarrymen would take to the shrine to leave offerings in the hope the goddess would protect them against their gruelling work.

Being within walking distance of Chester city centre, Handbridge offers an amazing lifestyle to those who enjoy the vibrancy of city living just as much as they enjoy the slower-paced life of the town.

With the River Dee on its doorstep, Handbridge is the perfect location for those who enjoy an outdoorsy lifestyle. From relaxing Sundays fishing on the banks of the river to an early morning run taking in the beautiful sights of the Chester skyline, the River Dee is right at the heart of Chester.

There are many green spaces in the area which are great for families with young children. The Meadows is a large area of fields that sit right on the banks of the River Dee. With cattle that graze on the fields and the Chester skyline peeping through the trees, the area is a great place to take a walk and enjoy a picnic on a summers day. For those who are new to the area, a great way to get involved with the local community is by joining a volunteer group. The Friends of the Meadows are a group of local residents who enjoy looking after the vast green space.

For those who enjoy keeping fit indoors, there are a number of great places to work out and make friends. With no membership fee and affordable classes, the Handbridge Shotokan Karate Club offers karate classes for a range of ages, allowing whole families to each become great karateka together.

The Overleigh St Mary's Church of England Primary School is the only primary school within the area of Handbridge, although there are others within close driving distance from the area.

In the school’s 2014 Ofsted report, the school had gone up a rating to achieve the rating of
‘Good’. As a church school, Overleigh St. Mary’s is also inspected by the Statutory Inspection of Anglican and Methodist Schools (SIAMS) Report. The school received a rating of ‘Outstanding’ during the 2018 inspection. Along with a standard curriculum that encompasses the core subjects such as Maths and English, the school has a great range of extra-curricular activities.

Some of the more specialist activities do incur a cost, however, there are a range of free options which include Sports Club, Spanish and Cricket Club. For those who are willing to pay for their child’s extracurricular activities, clubs include Fencing, Rhymical Gym, Drawing Club and Tennis Club.

For older children, there are two high schools located within Handbridge, Queen’s Park High School and Chester Catholic High School, both of which are now under academy status.
The Chester Catholic High School is a popular option for parents looking for a church-school education that is well-established within the area. The school works closely with local parishes, with Priests often visiting the school during special times of the year and lead pupils through mass. In its most recent Ofsted report, the school achieved a rating of ‘Good’ with a specific focus on positive areas including strong GCSE results in English and Mathematics, consistently above the national average.

Queen’s Park High School is the oldest non-public school in Chester and began life as the Chester City Grammar School for Boys in 1892 before modernising to combine the local girls’ school in 1968. Based in the beautiful surroundings of Queen’s Park, the school has fantastic grounds for its various extra-curricular activities. Students can partake in a range of activities including Archery, Tennis and Rugby, as well as MasterChef, Robotics and ICT Club.

Although its most recent Ofsted report showed that the school required improvements, the school is under the Christleton Learning Trust, which aims ‘to serve young people, to educate, enlighten and give them the confidence to succeed’.