If you are looking at properties for sale in Liverpool and are struggling with shortlisting your favourite neighbourhoods, let us introduce you to the seemingly elusive postcode of L18.

Situated in the South of the city, Allerton's luscious green landscape has been carefully preserved by many of the area's parks and green spaces that are central to the local's world. It has long been considered to be one of the best places to live in Liverpool, an inspirational area that is on the wishlist for many would-be homeowners.

Characterised by the area's affluence, the tree-lined avenues, picturesque parks and lavish homes make Allerton the epitome of suburban bliss that looks like it has been magicked straight out of a classic childhood film. Although there are many families that reside here, the wide roads and greenery create enough distance to effectuate a sleepy and tranquil vibe.

Along with the outdoors lifestyle, Allerton also offers a cosmopolitan twist on Allerton Road, one of the city's hotspots for bars and restaurants. This is where you can find the branches of many Liverpool estate agents, including us! Venmore's Allerton Road branch is located near the iconic Sgt Pepper's Bistro! It's the marriage between the great outdoors and the great indoors paired with the beauty of its properties that makes people flock to the suburb in their hordes.

Most of the properties here are spacious detached homes with large driveways and sizeable gardens. Home designs vary in Allerton, probably more so than in any other area, evidence of a former owner's ability to create their own dream home on a blank canvas of land.

Despite its affluence, there are more affordable properties to be found in Allerton, mostly in the form of terrace houses in the many roads that surround Allerton road. Yes, they are much more expensive than their North Liverpool counterparts and you could probably get spacious semi-detached in another Liverpool neighbourhood for the same price, but it does allow you to benefit from a fantastic lifestyle.

According to Rightmove, over the past year, the terrace properties here had an average sold price of £205,196 whereas further north in Anfield they were £66,060 for the same style of property. Is it worth it? Find out for yourself in the Lifestyle section below.

Sitting in-between Allerton Road and the stunning Sefton Park, Mossley Hill often goes under the radar when it comes to a househunting hitlist. However, don't mistake its lack of notability for a lack of worth, this is a really great location to set up home. As an estate agent in Liverpool, we know what places are the real hidden gems in our city and this is one of them!

Mossley Hill is a beautiful and versatile place, ticking the boxes of many buyers with its properties and lifestyle on offer; whether it is child-free couples, singletons or growing families, there is something for everyone here. If you want to live in a relatively quiet area but also want to be close to the exciting goings-on, then look no further.

Located just on the borders of Mossley Hill, Sefton Park has long been a local favourite and is the epicentre of health, fitness and wellbeing as well as iconic music events in Liverpool. This true beauty of our city is what brings many people to relocate to L18.

If you are looking at homes for sale in Liverpool, then Mossley Hill presents excitement and diversity in its offering. The majority of homes here are traditional terraces with period features, popular with the post-grads and city workers. According to Rightmove, terrace homes were the most popular sales over the past year and the average price was £205,353.

Many students who spend their university years here never want to leave and these have helped to shape the landscape of the area. It's that unique mix of old-school affluence, modern city professionals and students that makes this a special place to live.

At the beating heart of Allerton is the stunning and historic Calderstones Park, home to the famous Allerton Oak. Said to be over 1,000 years old and recently named as England's Tree of the Year and was the setting of a medieval court. Although now, the park's use couldn't be anything further than political, it is still central to life in the area.

The recently refurbished Calderstones Mansion House is home to The Reader charity and is a hive of activity with community groups, a great place to partake in fun activities and get to know your neighbours. This sense of a safe, close-knit community is what attracts people to Allerton and is why many young families set up home here.

Regardless of the season, the park is a bustling haven for local families enjoying the beautiful green spaces on offer. The children's play area is popular alongside the cafe which, with an ice cream parlour, is where you can find many local children enjoying the best of what the park can offer. However, if you're looking for something more peaceful, the Japanese Zen Garden and placid fishing lake should be on your hit list.

If the outdoors just isn't your thing, then the cosmopolitan Allerton Road is sure to quench your thirst. With endless bars, restaurants, eateries, butchers, bakeries and pancake-eries, it's a paradise for foodies of all ages and a hub for the errand-running locals.

The long stretch of road has much energy of a day as it does of a night. It is, of course, one of the main routes into the city for those who live in the south of Liverpool. With great transport links into Liverpool City Centre, Allerton Road may not be the star of the show when it comes to the city's famed nightlife but it has instead adopted a cool, laid-back style that is popular with the mid-twenty to forty-somethings looking for a spot of suburban socialising.

Smithdown Road is the more popular spot for local students.

With 235 acres of land, Sefton Park provides the perfect canvas to destress and reconnect with nature. Even a walk on the tree-lined, unadopted roads that surround the park evokes a real sense of detachment from the stresses of twenty-first-century life. Inside the park, an expansive lake, tennis courts and playing fields each encourage visitors to really make the most of this city oasis. Inside the Palm House, many classes are held from fitness to craft and dance making this a real hub of the community. 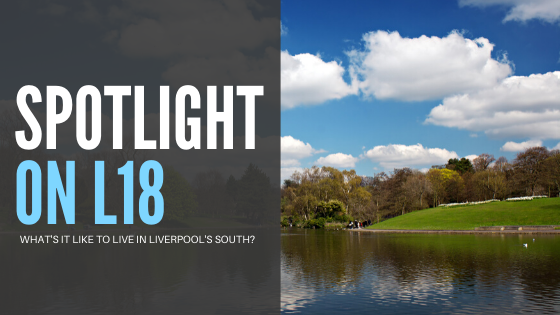 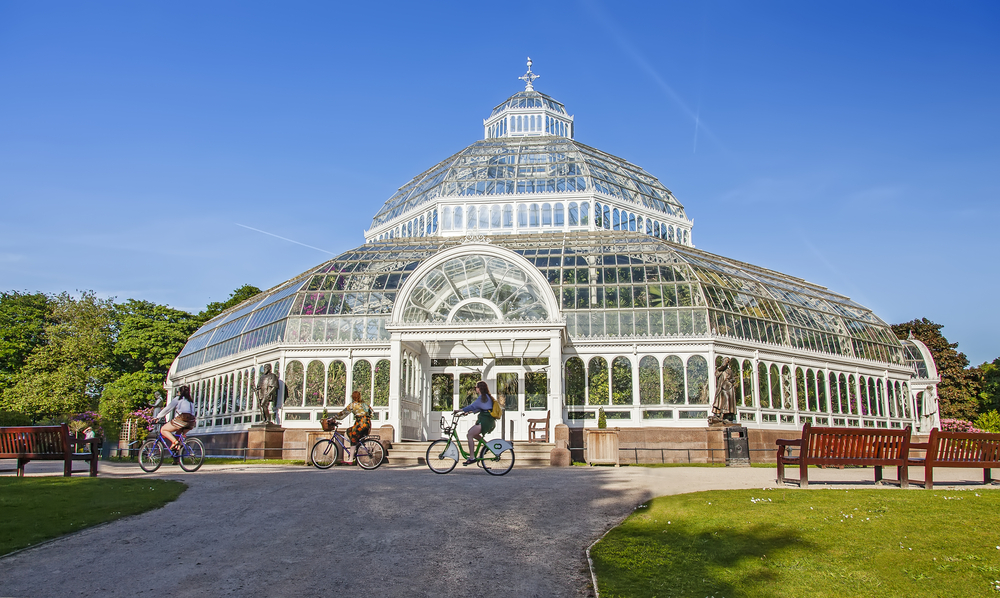 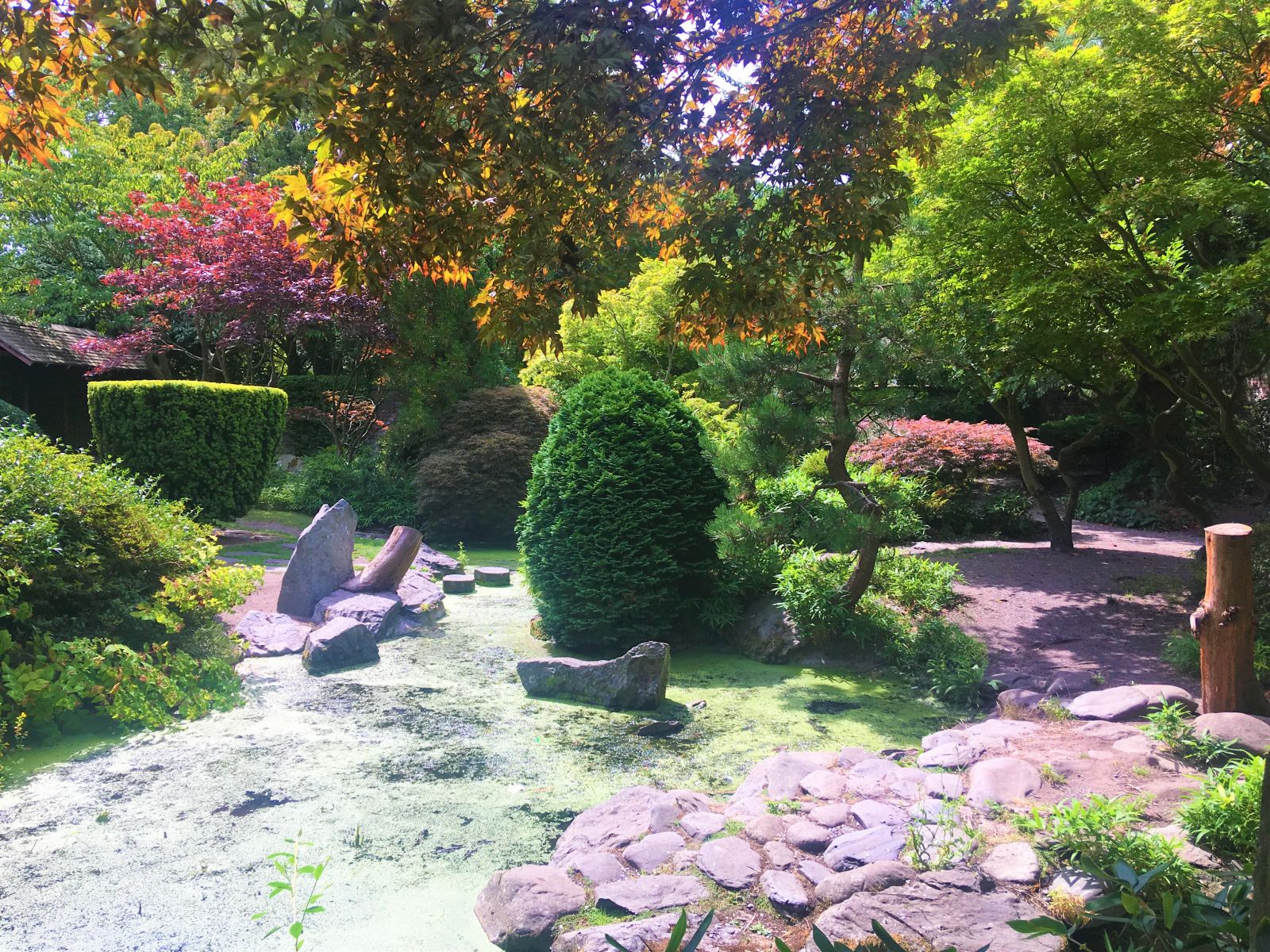