As a Wirral Estate Agent, we’re not supposed to have favourites, we’re really not supposed to have favourites but it's hard not to be captivated by Port Sunlight's whimsical beauty. Known as one of the top tourist destinations in Merseyside, it gained acclaim for its stunning chocolate-box architecture and pioneering history. For its in this quiet part of the peninsula where the Lever Brothers built their business and model village, made to house the many employees working for the brothers at their local soap factory.

Well ahead of his time, William Hesketh Lever sought to build the village as a way of sharing the prosperity of his business with those who worked there. Instead of sharing the profit directly with his employees, by pumping the profits into the village, his workers were able to enjoy affordable housing, local amenities and a strong community. Lever famously stated:

"It would not do you much good if you send it down your throats in the form of bottles of whisky, bags of sweets, or fat geese at Christmas. On the other hand, if you leave the money with me, I shall use it to provide for you everything that makes life pleasant – nice houses, comfortable homes, and healthy recreation."

Named after their most successful soap, Sunlight, the model village boasted allotments, a hospital, schools, swimming pool and a church! The village was designed by Maxwell and Tuke, the same Architects that designed both the Blackpool Tower and the New Brighton Tower. There are many famous faces that have graced Port Sunlight, here are our top five Stars of Sunlight…

1.  Ringo Starr made his debut as a member of The Beatles was at Hulme Hall

2. Fiona Bruce from Antiques Roadshow grew up here as her Father worked at Unilever

4. The Beatles did their first-ever broadcast interview at Port Sunlight in 1962

If Lever sounds familiar, it's because of Unilever, which was created after a merger of the Lever Brothers and Margarine Unie, a Dutch margarine company. It's now the biggest manufacturer in the world and worth a whopping $130.6 billion. It's the manufacturer of some of the most popular household names including Ben & Jerry's, Dove and Persil.

Luckily, you no longer have to be an employee of Lever Brothers, now Unilever, to live in the village! However, with such beauty, houses don't come on the market that frequently, so if you're wanting to snap up a slice of Sunlight, you have to act fast!

There are 900 Grade ll listed buildings in the area, meaning that if you're wanting a home here, you're going to have to accept that there are some restrictions when it comes to owning a listed property. Carrying out house alterations without consent is considered to be a criminal offence so anything you want to alter must be approved by your local authorities.

According to Rightmove, the average house price in Port Sunlight is £143,017 for a terrace house, £153,749 for a semi-detached property and detached properties are fetching around £263,995. 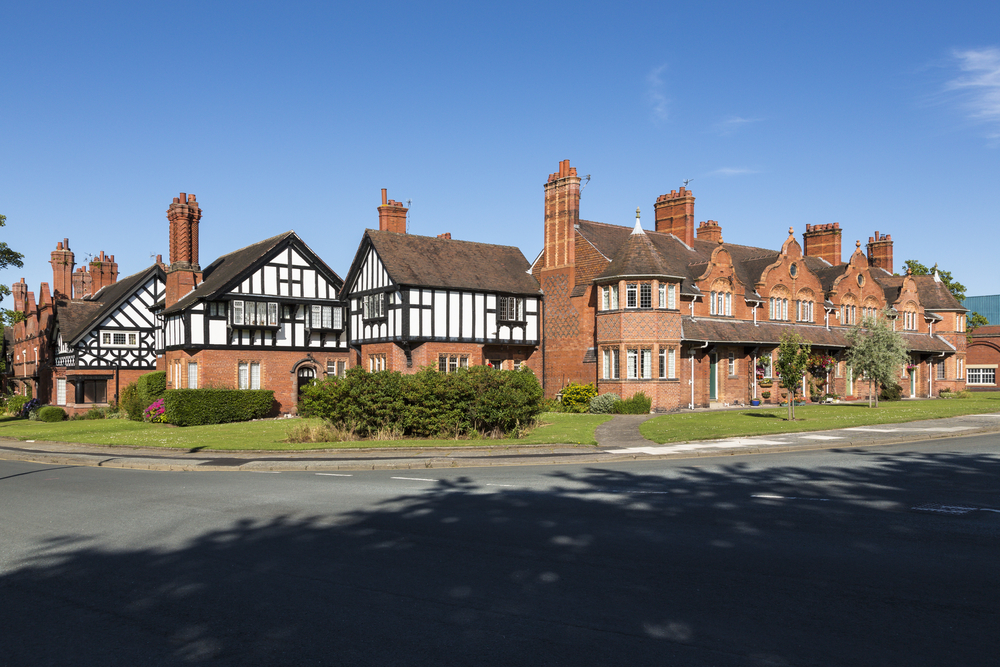